“OneOf is lowering the friction to a more engaging relationship between artists and their  communities by leveraging modern technologies,” says Bill Tai, one of the earliest  investors in Zoom, Dapper Labs, Canva, Wish.com, Treasure Data and more. “By using  Blockchain, meaningful experiences – previously not easy to deliver, can be unlocked on  OneOf.”

Whitney Houston, Doja Cat, H.E.R., Quincy Jones, John Legend, TLC, Charlie Puth,  Jacob Collier, G-Eazy, AURORA, The Kid LAROI, Alesso and more will all release  NFTs in the form of collectible music, art, and experiences on the OneOf platform, which  will launch to the public in June 2021. OneOf reimagines the NFT buying and collecting  experience for all music fans, not just crypto-natives. Fans will be able to transact with  credit or debit cards in over 135 fiat currencies, in addition to top cryptocurrencies and  stablecoins. Details and timings of these drops will be revealed in the coming weeks. Pre-register and learn more at oneof.com.

“I cannot wait to release my first Juicy Drops collection! However, I want to be mindful of  environmental concerns and accessibility to all of my fans before we go live. Happy to  now be working with OneOf who is addressing both of these issues.” -Doja Cat

Built on the Tezos blockchain protocol, one of the longest running energy efficient  blockchains, OneOf’s mission is to be a sustainable and low-cost marketplace for artists  and fans eager to explore NFTs from their favorite artists. OneOf’s platform leverages  Tezos’ high throughput and low transaction costs to deliver an industry-first commitment to $0 minting costs for all artists looking to launch NFTs on its platform. Unlike Ethereum  minting costs, which can be upwards of $150 per NFT, artists will be able to create and

price their NFTs on OneOf at affordable price points to be accessible to all fans – even $5  or free – in addition to headline-making “OneOf One” collectibles. Minting an NFT on  OneOf using the Tezos blockchain uses over 2 million times less energy than competing  Proof of Work networks such as Ethereum. Deeply committed to a sustainable blockchain  future, OneOf will also donate a percentage of its platform revenue from every sale to  either a charity of the artist’s choice, or an environmental cause partner.

OneOf’s Emerging Artist Spotlight Program will also champion influential new voices  through financial and marketing commitments. The initial artists in this program include  Laura Mvula, Barbara Doza, Erick The Architect and more to be announced soon.

“Blockchain has the ability to democratize ownership and bring economic empowerment  to both artists and fans,” says Lin Dai, CEO and co-founder of OneOf, “we are building a  technology company with an artist-first ethos and eco-conscious mission to help  introducing hundreds of millions of non-crypto native users to blockchain through easy  and exciting use cases such as NFTs.”

OneOf is an NFT platform built specifically for the music community to create an  environmentally sustainable and artist & fan friendly experience. By implementing the  Tezos blockchain protocol, minting an NFT on OneOf’s platform uses over 2 million times  less energy than other networks, and for artists and fans, minting, buying and trading  costs $0 in blockchain transaction fees.

Lin Dai is the co-founder and CEO of OneOf. An entrepreneur and digital executive with  two decades of experience, Lin previously co-founded TAP Network, a blockchain  technology company powering white-labeled rewards for major enterprise clients such as

Warner Music Group, Uber, and Brave. Prior to TAP, Lin was the CMO of Keek, a mobile  video social app with over 75M users worldwide that was taken public in Canada. Lin  founded his first company, a social network for teens, out of his dorm room in 1999 and  later took it public. He spent over 10 years leading digital initiatives at major media  companies such as Alloy (Gossip Girl, Vampire Diaries) and Emmis Communications  (Hot97, Power106). Lin is a General Partner at ChainLink Crypto Fund, a fund of funds in  the digital currency and blockchain industry.

Adam Fell is the co-founder and board member of OneOf, and the President of Quincy  Jones Productions. Adam oversees various branches of QJP, such as artist  management; licensing and endorsements; live, film, and television production;  international joint ventures; and investments. Fell has led early investments for the

company in Spotify, Clubhouse, Community, Uber, Wayfair, Snowflake and many  others. Fell was also an Executive Producer of the Netflix original release, QUINCY,  which won the African-American Film Critics Association award for Best Documentary,  the Black Film Critics award for Best Documentary, two Critics Choice awards, and a  Grammy award in the category of Best Music Film, amongst others. Beyond his  leadership at QJP, Fell has been a featured speaker at various events, such as the  Goldman Sachs “Music is in the Air” Conference, and the late Alan Krueger’s Music  Industry Research Association (MIRA) Conference. Fell also serves on the international  Advisory Board of the Montreux Jazz Festival, as well as the Advisory Board of There  With Care, a foundation that provides support for families facing critical illness. 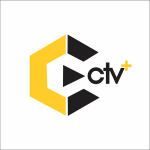