In the early hours of Monday, January 4, 2020. Binance exchange server got slowed down, traders had difficulty in buying dips, the price goes lower and long position was wiped out thereby liquidating some traders.

Some believed it was due to over leverage in future trading on the exchange while others believe it is the exchange system. The liquidated amount was estimated to be $190 million.

A binance user known as $BTC Captain on the bird app replied to his tweet saying he has been using the exchange since the very start, this is the last straw. He proceeded by saying he has seen his stop order get executed 2 minutes after it should have been, I got locked out of exchange many times during high stake trading, and then lagging loss says $BTC Captain.

Lightlovewins on Twitter says “she loves binance but wonder why this happens at crisis time when people may get liquidated”. She asks “why does this only happen when there are big drops?”.

The problem has been attended to urgently and everything is back to normal. But before this, market makers have been liquidated in a very short period of time.

In conclusion, future trading is very risky on any cryptocurrency exchange, learning to use lower leverage positions in trades as well as setting relevant stop loss are important in trades. 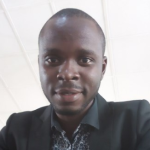